The South West Strategic Migration Partnership (SW SMP) has a strategic role in supporting local authorities in the region in their acceptance of refugees resettled to the UK. The SMP also works to develop strategy around ensuring the long term success of resettlement in the region and the integration of the resettled families into their new communities. The success of this work also relies on close cooperation and collaboration in partnership with the HO.

Prior to the current UK Resettlement Scheme (UKRS) launched in April 2021 there were two vulnerable people resettlement schemes (VPRS). The VPRS was launched in January 2014 and was designed to help those most in need within refugee camps. The scheme was later expanded and committed the UK to accepting 20,000 vulnerable Syrian Refugees by the end of the then parliament. In July 2017, the scheme was further expanded to include displaced individuals from across the Middle East and North African region (MENA). It is a separate scheme to the Vulnerable Children’s Resettlement Scheme (VCRS) though the applicable terms and conditions for individuals and organisations as the same. It is also different to the Mandate and Gateway schemes that are operated by the UK Government.

On the 21st April, 2016, the UK Government announced a scheme to resettle up to 3000 individuals to include children and their families called VCRS. This scheme did not solely target unaccompanied children, but also children at risk in other ways such as violence, abuse and exploitation. Under the two schemes, here in the SW since 2015 we have resettled just under 1700 individuals and welcomed new babies as well as relocations from elsewhere in the country and vice versa.

These two schemes have now been rolled into the global resettlement scheme – UKRS. The SW SMP support resettlement in the region by hosting quarterly Resettlement lead officers forums which are attended by all local government and voluntary sector organisations representatives and other partner agencies including; Home Office, DWP, Health etc. We are responsible for the strategic oversight of the allocation of those in need of resettlement into our local areas as well as those who are welcomed though the Community Sponsorship resettlement route.

Please get in touch with info@swcouncils.gov.uk for further information.

English for Speakers of Other Languages (ESOL) 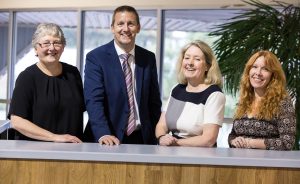 Find out what our customers say.

Find out about membership

To find out more about SW Councils’ membership, visit our membership page.

This website uses cookies to improve your experience while you navigate through the website. Out of these cookies, the cookies that are categorized as necessary are stored on your browser as they are essential for the working of basic functionalities of the website. We also use third-party cookies that help us analyze and understand how you use this website. These cookies will be stored in your browser only with your consent. You also have the option to opt-out of these cookies. But opting out of some of these cookies may have an effect on your browsing experience.
Necessary Always Enabled
Necessary cookies are absolutely essential for the website to function properly. This category only includes cookies that ensures basic functionalities and security features of the website. These cookies do not store any personal information.
Non-necessary
Any cookies that may not be particularly necessary for the website to function and is used specifically to collect user personal data via analytics, ads, other embedded contents are termed as non-necessary cookies. It is mandatory to procure user consent prior to running these cookies on your website.
SAVE & ACCEPT